HERD OF GRAZING ANIMALS RETURNS TO TACKLE VEGETATION AT O’HARE INTERNATIONAL AIRPORT. The sixth year of the grazing herd initiative to clear vegetation near the airfield and enhance safety at one of the world’s busiest airports

CHICAGO – The Chicago Department of Aviation (CDA) welcomed last Friday, the return of a herd of grazing animals to manage natural vegetation at one of the world’s busiest airports. The grazing herd—comprised of a mix of 30 goats, sheep, and a donkey named Jackson—will be on hand at O’Hare International Airport for the summer to manage vegetation, including tall grasses, on 11.5 acres of land on the north side of O’Hare International Airport’s airfield.

The Sustainable Vegetation Management initiative, originally a pilot program and now in its sixth season, is a prime example of the CDA’s commitment to leading the aviation industry in sustainable initiatives. The initiative is the first permanent program of its kind at an airport in the United States.

“Jackson the Donkey and his grazing friends will inherit a proud tradition of sustainability all summer long at O’Hare,” CDA commissioner Jamie L Rhee said.” For six summers, this program has provided sustenance to dozens of furry friends, as well as an environmentally – friendly alternative to keep areas around the airfield safe and properly maintained. It’s all part of our commitment to ensure our airports have a positive impact on their surrounding ecosystems as O’Hare grows in the years ahead.”

This year’s herd will graze on more than 11acres of land along the embankments of Willow-Higgins Creek.

Over the past few summers, grazing herds of sheep, goats, llamas, alpaca, burros and donkeys have helped the CDA to maintain green space near the runways, and to support a healthy ecosystem surrounding the airfield, while mitigating wildlife hazards to aircraft.

The herd provides an eco-friendly means of clearing overgrown and invasive vegetation in the following ways:
• Reduces natural vegetation harboring wildlife near runways, which could impact aircraft during takeoff
• Eliminates air pollution otherwise caused by a lawnmower.
• Delivers a sustainable means for maintaining essential green space and safe conditions near the airfield.
The Sustainable Vegetation Management initiative at O’Hare began in 2013, and is one of many sustainable practices spearheaded by the CDA in recent years—from roof top green space to compostable cutlery for concessions to water bottle refilling stations in the terminals.

The CDA’s sustainability programs, including new sustainable infrastructure installed since 2011, align with Chicago Mayor Lori Lightfoot’s vision and leadership in making Chicago the most sustainable city in the country. These investments have reduced electricity and natural gas usage to make Chicago’s busy aviation system more environmentally-friendly even as passenger volumes have risen.

About the Chicago Department of Aviation (CDA):

The Chicago Department of Aviation (CDA) is self-supporting, using no local or state tax dollars for operations or capital improvements at O’Hare and Midway International Airports. Chicago’s airports offer service to over 260 nonstop destinations worldwide, including 47 foreign countries, combined. Together, Chicago’s airports serve more than 100 million passengers each year, and generate approximately $60 billion in annual economic activity for the region. Please visit www.flychicago.com to learn more about the Chicago Department of Aviation.

Caption for both photos: A herd of 30 goats, sheep and a donkey are managing natural vegetation at one of the world’s busiest airports. The grazing herd will be on hand at O’Hare International Airport for the summer to “mow” tall grasses, in hard-to-reach areas on 11.5 acres of land on the north side airport’s airfield. 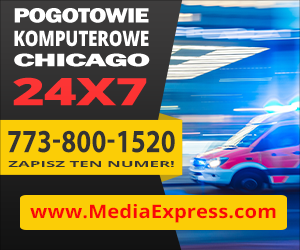