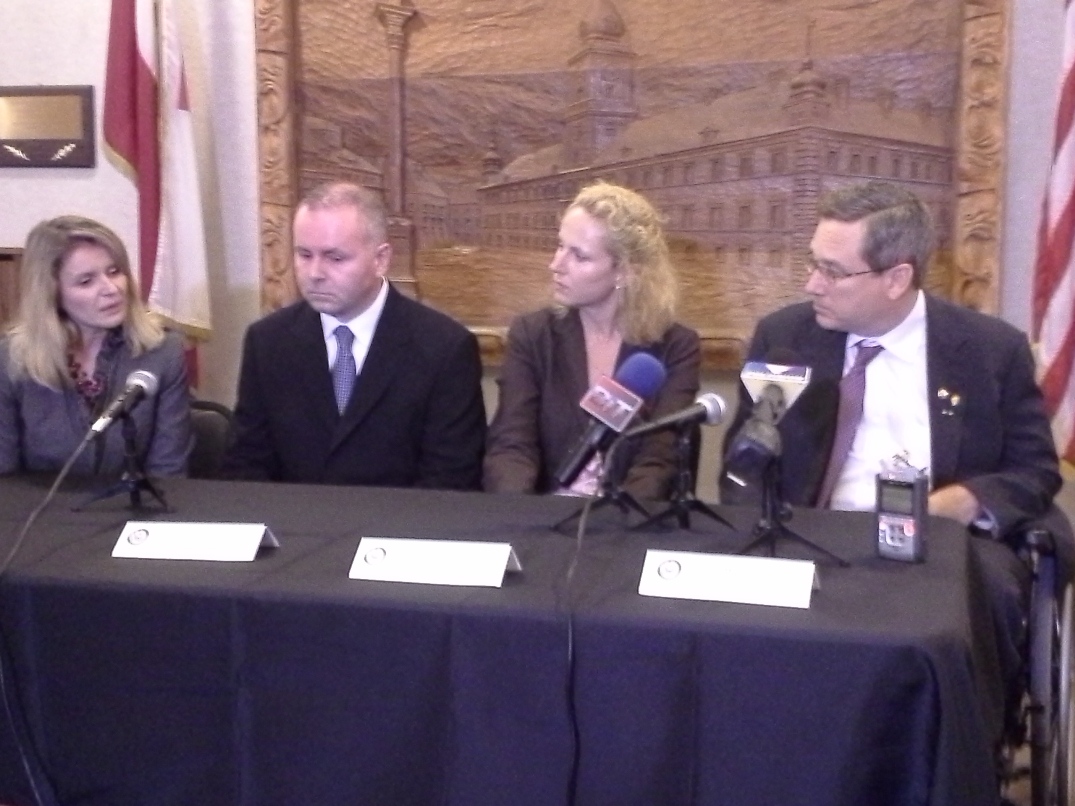 CHICAGO – U.S. Senator Mark Kirk (R-Ill.) and Chicago-based Eastern European community leaders met Monday to call for the passage of bipartisan legislation that would allow several Eastern European countries to participate in the Visa Waiver Program (VWP). Last week, Senator Kirk, along with U.S. Senator Barbara Mikulski (D-Md.) introduced Senate Bill 1507, which allows citizens of participating countries up to 90 days of visa-free travel to the United States. Currently 38 countries, including 30 European countries, are part of the VWP, but outdated requirements exclude countries such as Poland, Croatia, Bulgaria and Romania.

“I have long-believed that the United States should utilize this program to eliminate the red tape for Polish citizens wishing to visit the nearly one million Polish-American citizens in Illinois,” Senator Kirk said. “This expansion of the Visa Waiver Program will make it easier for more of our allies across Eastern Europe to travel to the United States.”

According to the U.S. Travel Association (USTA), direct spending in the United States from visiting travelers totaled $888 billion in 2013 and helped employ 7.9 million Americans. The VWP was responsible for more than 19.5 million travelers who visited the United States in 2013. An average overseas visitor will spend $4,300 in the U.S. per trip. Expanding the visa waiver program to more countries would increase U.S. tourism by 600,000 visitors, adding $7 billion and 40,000 jobs to the U.S. Economy, according to the USTA.

Senator Kirk has long acted as a staunch supporter of Poland and U.S.-Polish relations and was awarded the Commander’s Cross of the Order of Merit by Polish President Bronislaw Komorowski. Notably, Senator Kirk has prioritized legislation advocating the expansion of the Visa Waiver Program to include Poland and has fought to strengthen U.S.-Polish cooperation on ballistic missile defense.