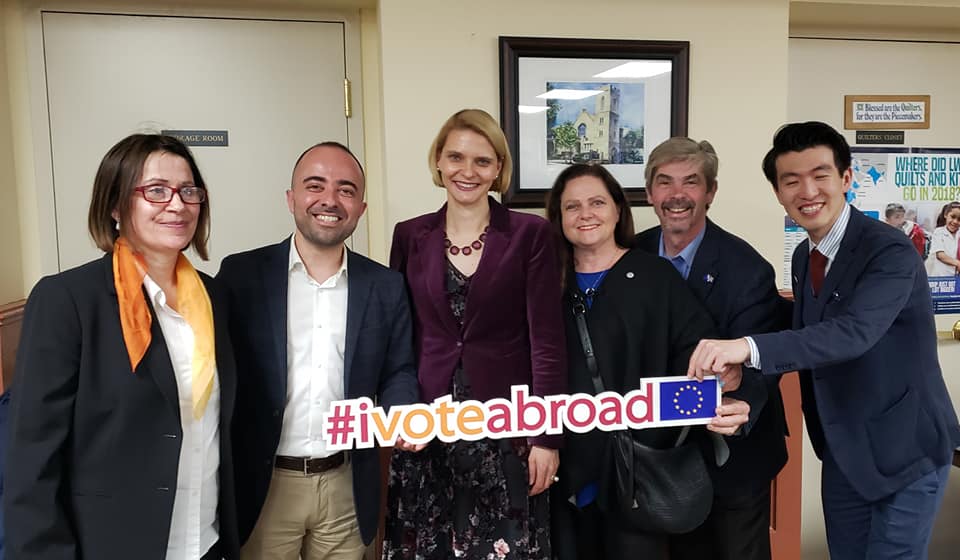 CHICAGO: Delegation from the European Parliament Liaison with the US Congress visited Chicago Area on April 7-9, 2019.  European Parliament diplomats met with different European American Communities, community organizations, had a presentation for students at University of Chicago to discuss European Union – United States issues, especially the upcoming European Parliamentary Election in May, 2019. We were invited for several meetings to listen their remarks and to do an interview.

We talked with Hon. Antoine Ripoll, Director, European Parliament Liaison Office with the US Congress, experienced diplomat with several decades of public service in Europe and almost 7. years of diplomatic work in Washington, D.C. We discussed EU-US relations, upcoming European Parliament Elections in May, 2019. 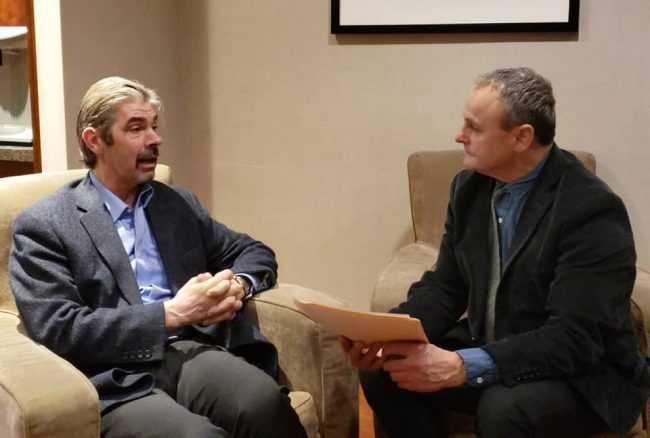 The Liaison Office was established in 2010. “It is a proof of our commitment to engage. Its function is to forge greater operational links between the legislators and staffers of both institutions”, writes President Tajani.

We discussed these issues during an interview with Director Ripoll. It helps me and our readers to better grasp the unique perspective of this office. Mr. Ripoll and his staff want to communicate using common language with the US Congress and European Citizens in the United States.

The European Union is an economic and political union between 28 member States in Europe. Each country has its own strengths, weaknesses. They face many challenges. EU is very complex. The diplomats want to changes public perception about EU in the United States.

The upcoming European Parliament election will take place in May 2019. There are about 2,1 million European people living in the United States that can vote during this European Parliament Election. Most of the European Union countries allow their citizens to vote abroad but not all of them. Check the chart. 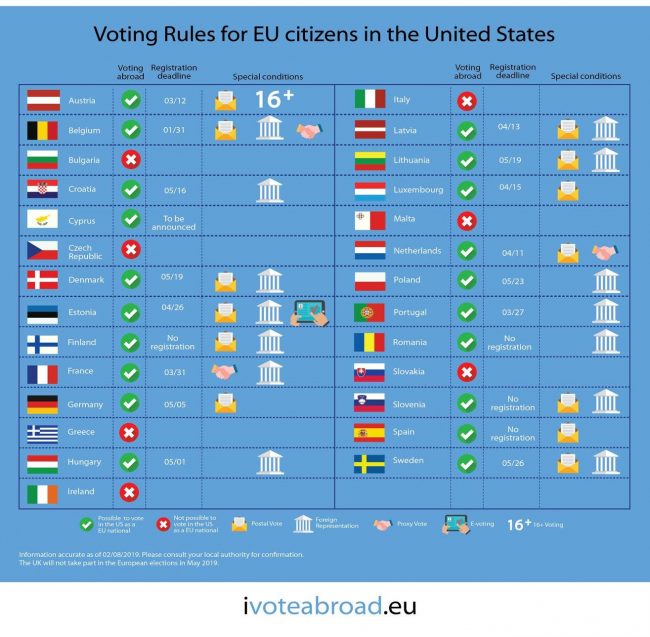 Obviously, there are millions of Americans in the United States with the European roots: English, German, Italian, French, Polish etc.