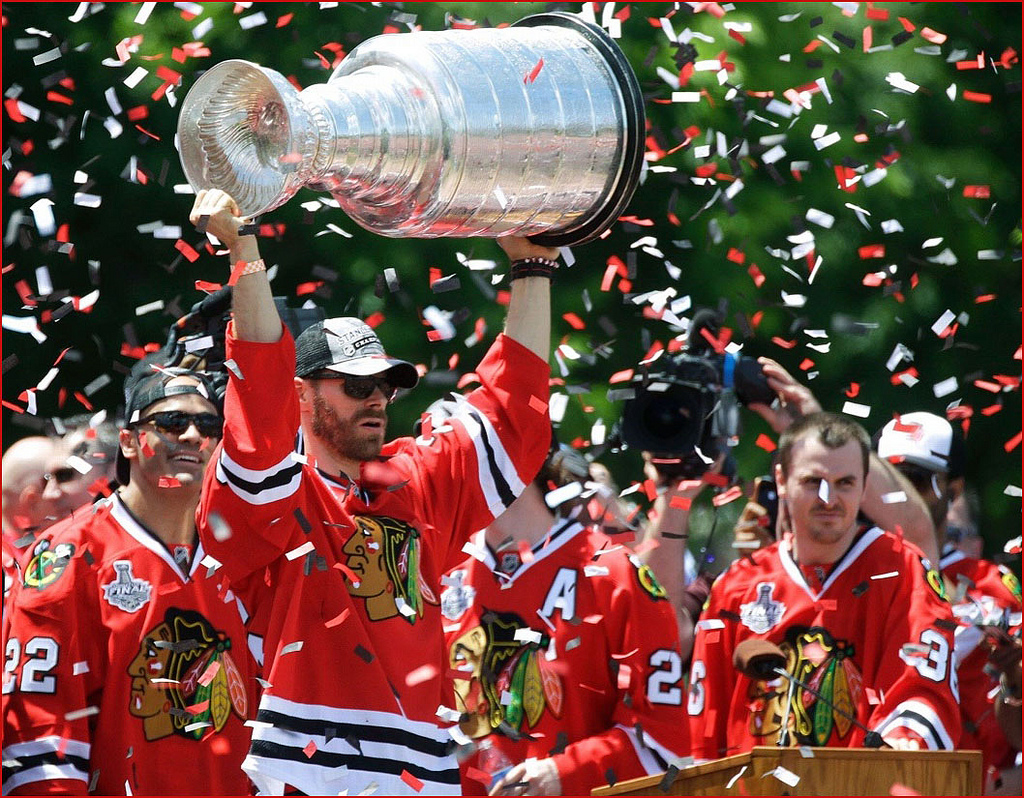 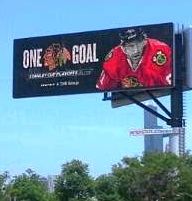 Mayor Rahm Emanuel and the City of Chicago will celebrate the 2015 Stanley Cup Champion Chicago Blackhawks on Thursday, June 18, with a parade followed by a rally at Soldier Field. The stadium can accommodate 56,000 fans.

In an effort to accommodate as many fans as possible, the City is announcing an expanded parade route, which more than doubles the original route. In addition, Soldier Field will have screens outside of the stadium in the south parking lot.

Double-decker buses featuring the team and front office personnel will take off for the parade beginning at approximately 10 a.m.

“For the first time in 77 years the Blackhawks won the Stanley Cup on home ice, clinching their third championship in six years,” Senator Kirk said. “The team’s outstanding season is a reflection of the players’ hard work and the dedication of the entire Blackhawks organization. Congratulations on an impressive playoff run and thank you for bringing the Cup back where it belongs!”
“The goal of every team each year in the NHL is to hoist Lord Stanley’s Cup, but only one earns the right to do it,” said Durbin. “This week, the Chicago Blackhawks realized their mantra “One Goal,” and brought the Stanley Cup home to Chicago. Congratulations to the players, staff, and the best fans in all of hockey on this triumph.”

Full text of the resolution:

Congratulating the Chicago Blackhawks on winning the 2015 Stanley Cup.

Whereas, on June 15, 2015, the Chicago Blackhawks Hockey Team won the Stanley Cup;

Whereas Blackhawks fans at the “Madhouse on Madison” witnessed Duncan Keith and Patrick Kane score show-stopping goals while goaltender Corey Crawford seemed to stand on his head at times, stopping all 25 shots he faced;

Whereas the Blackhawks won their sixth Stanley Cup, tying the Boston Bruins for fourth on the franchise list of most titles won;

Whereas the Blackhawks joined the National Hockey League (referred to in this preamble as “NHL”) in 1926 and have a rich history in the NHL;

Whereas the Blackhawks were 1 of the 6 original teams in the NHL;

Whereas for the first time in 77 years, the Blackhawks fans saw their heroes win the Stanley Cup on home ice;

Whereas the Blackhawks began the playoffs with a double-overtime victory against the Nashville Predators;

Whereas a goal scored by Brent Seabrook in triple-overtime of Game 4 helped the Blackhawks defeat the Predators in 6 games;

Whereas a sweep of the Minnesota Wild followed, setting up a showdown with the Anaheim Ducks in the Western Conference Finals;

Whereas the Blackhawks earned triple and double-overtime victories in Games 2 and 4 on their way to winning the series in 7 games and clinching a berth in the Stanley Cup Finals;

Whereas the Blackhawks followed a familiar pattern in dropping Games 2 and 3 of the Stanley Cup Finals, but took a 3-2 series lead into Game 6 on home ice on the night of Monday, June 15, 2015;

Whereas in another close contest, Patrick Kane scored a goal that marked the first time either team led by more than 1 goal in the series;

Whereas it was a great night for fans of the Blackhawks and the culmination of a tremendous team effort;

Whereas Antoine Vermette, acquired at the trade deadline, scored 2 game-winning goals in the Stanley Cup Finals;

Whereas Goaltender Scott Darling, when called upon in relief of Corey Crawford, stood tall in net when his team needed him the most against the Predators;

Whereas Duncan Keith was an “ironman”, earning the Conn Smythe Trophy for Most Valuable Player in the playoffs while logging more than 700 minutes of ice time in 23 games;

Whereas Niklas Hjalmarsson blocked shots left and right and seemed to be in the right place at all times;

Whereas General Manager Stan Bowman, Head Coach Joel Quenneville, President John F. McDonough, and owner Rocky Wirtz have put together and led one of the greatest dynasties in NHL history;

Whereas the Stanley Cup returns to the City of Chicago and gives Blackhawks fans across the State of Illinois a chance to celebrate championship hockey;

Whereas the Nashville Predators, Minnesota Wild, Anaheim Ducks, and Tampa Bay Lightning proved to be worthy and honorable adversaries and also deserve recognition: Now, therefore, be it

Resolved, That the Senate—

(1) congratulates the Chicago Blackhawks on winning the 2015 Stanley Cup;

(2) commends the fans, players, and management of the Tampa Bay Lightning for an outstanding series; and

(3) respectfully directs the Secretary of the Senate to transmit an enrolled copy of this resolution to the 2015 Chicago Blackhawks hockey organization and Blackhawks owner Rocky Wirtz.